Climate variability here in South Australia is very widely accepted and it’s widely seen. Australian farmers are willing to take all sorts of risks, to try new ideas. It’s very important. We’re hopeful going into the future. We’ve developed and introduced a water-harvesting scheme, which we believe gives us reliable water supply for the next 25 years.

FARMING ON THE EYRE PENINSULA

Our property, called Mount Rough, is on the central Eyre Peninsula in South Australia, just north of Cleve.

This country was opened up in the early 1900s, and our son Matt will be a fifth-generation farmer here.

We have about 2000 hectares that we crop and run our sheep over, and we share-farm another 400 hectares with a neighbouring property.

Stock have become more important in our farming system in the last 3 or 4 years.

Because we’re seeing more and more chemical resistance to weeds popping up elsewhere, we use our sheep phase as a break crop from cereals or pulses. We run our stock over about 20 per cent of our farming country as a tool to help combat the chemical resistance in weeds that we know is coming.

Prominent rains are in the winter, between April and September. But that trend is possibly changing a little bit.

Our long-term rainfall is decreasing. In the 25 years that we’ve been here, our rainfall has decreased by 10 per cent.

In summer we’ve always had thunderstorms coming through, but now there are more and bigger summer rainfall events.

Our hailstorms seem to be more damaging and more severe, and a little bit more often. It’s a problem for standing crops because hail does a lot of damage. It happens at the wrong time of the year: just when the crops are nearly ready to harvest, it knocks them down.

We’re also noticing more of an issue with frosts – this could be partly due to our improved and more timely seeding program, which puts the crop into a larger frost-risk window.

Our average temperature now ranges from roughly 0 °C to 40 °C. Last January we had 10 consecutive days over 40 °C, which is a record. We’re having hotter summers, and there seem to be more heatwaves now.

Perhaps because of these changing weather patterns, our harvest time appears to be getting a little bit earlier.

We’ve always had to start harvest a couple of weeks before everyone else – generally about 6 weeks from the start of November to mid- to late December – because we’re about 300 metres above sea level. And it finishes off slower here because it’s cooler. But now harvest time is generally 2-3 weeks earlier than it was 20 years ago.

The land here was heavily contoured when we first started managing it, because there was a lot of damage from water erosion. Mount Rough has heavy clay soils.

The no-till approach improves the carbon levels in your soil, and the more carbon you have in the soil, the more water is retained.

Salinity has also been a problem here and downstream of us. We’re at the top of the catchment where we live and we have salinity, so you can imagine the problem that people downstream have.

So we developed our own 15-year landcare plan to revegetate the property and address these issues. We started in the year 2000.

Generally, the overall health of our land is a lot better because of it. We probably have 70 or 80 hectares of revegetation over the whole property now, and we plan to continue the program into the future.

KEEPING STOCK AS AN OPPORTUNIST TOOL

Stock are a great opportunist tool we use here. Compared to other properties around here, ours would possibly be at the higher end of stocking rates.

We are keeping a fair supply of hay and grain for summer feeding and trying to finish off lambs [to fatten before slaughter].

Having a good feed supply is insurance against our variable climate.

We haven’t used our feedlot much yet, but it is an alternative if we had fairly poor stubbles and wanted to finish lambs off. We have the facility to do that.

We realised we needed to keep stock off all of our creek lines, so we fenced a lot of our paddocks to the creek lines. As soon as you put a fence up, vegetation naturally comes back.

Some of the old fences were in odd positions so we minimised our fences and made a lot of our paddocks bigger. We could do that with the introduction of GPS – it makes for more efficient cropping and more efficient working.

We then revegetated the areas that we fenced off on the creek lines, to address the salinity issues. We planted them with native tree species.

We think it’s already reduced our salt areas by about 60 per cent.

Water quality and quantity is a big issue here.

There’s a huge area that hasn’t got access to any mains water, and water’s only going to get more and more expensive. Historically, we had 40-odd earth dams on the property and that would satisfy our water needs. But the way we’re farming nowadays, dams can’t satisfy our water requirements.

So we developed and introduced a water-harvesting scheme, which collects water.

The system comprises about 4000 square metres of black sheet plastic that we put down on the ground. Tyres are put on top of the plastic because, without them, the wind would come and suck it up. Tyres are a cheap way of doing it, and they’re recycled.

The plastic collects water throughout the year and holds it in a holding dam with an evaporative cover.

The holding dam can gravity-feed the water right across our farm, all the way down to our house, 4.5 kilometres away. This eliminates the need for pumps that may break down.

The cover is white to reflect the sun and eliminate evaporation; underneath is dark, which keeps the quality of the water good because no algae grows in it. The cover has holes – it’s actually a catchment of its own as well.

We’re going to have feeder troughs [from the holding dam] to all the paddocks, so when we graze off our stubbles we’ll have access to water in each of those paddocks.

Now that we have our own water supply, we don’t have to cart water anymore, and it’s guaranteed, renewable and sustainable.

We believe, through the introduction of this scheme, we’ve now got reliable water for the next 25 years. It’s given us water security and confidence to farm into the future.

I’d imagine the scheme has paid off in 5 years, instead of the 7-8 years we initially thought it would take.

Sharing the benefits with others

The system holds 1.5 million litres and, even though we’ve used a fair bit this summer [2014/15], we’ve still got over 1 million litres up there. So we let a few of our neighbours come in and use our excess water for their spraying needs.

A lot of people from across Australia have dropped in and had a look, and I think there’s huge potential for it to be taken up right across Australia. The technology will probably get cheaper, and farmers are always learning better ways of doing things.

USING FORECASTS FOR SOWING AND CROPPING OUT HAY

Every farmer checks the weather forecast every day, and uses it to plan their week ahead.

Forecasts are very accurate nowadays, so you can plan. Some of the long-term forecasts still have a little way to go, but certainly the weekly ones are pretty reliable.

We pretty much use the same forecasts that we’ve always used:

If rain is coming, or dry or hot spells, it means you can get different jobs done; you can vary what you do around the place.

For instance, if you know there’s rain coming in the next 2 or 3 weeks, you can confidently go out and start sowing before the rain.

If our year is leaning towards an El Niño year, for example, we would be more likely to crop out for hay to have a store for our sheep.

We get that information from the CliMate app – it has a tool called ‘How’s El Nino?’, which shows the status of the ENSO climate driver.

That sort of information helps you make a decision more easily.

One of the apps we use all the time is Australian CliMate. It’s a great app. [Note: CliMate is free, and available on the web or Apple devices.]

We love it, because it has 66 years of historical rainfall records, so it uses those 66 years to predict future scenarios. It will have a line [on a graph] of what the mean/average is for the 66 years, and the prediction is either above it or below.

It’s just so visual that I use it all the time.

Down the bottom of the app there’s a link to climate-related websites, so you can just click on the link and the app takes you straight to it.

The CliMate app also has ‘How’s El Nino?’, which shows whether the status [of the ENSO climate driver] is neutral or whether it’s leaning towards an El Niño year.

I’ll always open the app up and go to the ‘How’s the season?’ section, and take a photo of the screen. Then I’ll tweet about it, because it’s great information and it’s reliable.

SEEING OTHERS’ CREATIVE WAYS TO ADAPT TO CLIMATE VARIABILITY

The MCV Climate Champion program gave us an opportunity to go and see issues that other farmers around Australia are having, and creative ways they are adapting to climate variability and their water issues.

To talk to the Climate Champion farmers is just so inspiring. And to talk to the researchers was amazing. They got as much from us as we did from them, and that’s how you really learn – by having that interaction.

You get a bunch of farmers together and some researchers, and you’re going to get some really good conversations happening.

Climate variability here in South Australia is very widely accepted and it’s widely seen. We’ve got great scientists working in our favour, good plant breeders, and the available technology is amazing. We’ve got to keep evolving and keep adapting, seeing what’s out there and having a go.

Australian farmers are willing to take all sorts of risks, to try new ideas. It’s very important. We’re hopeful going into the future. 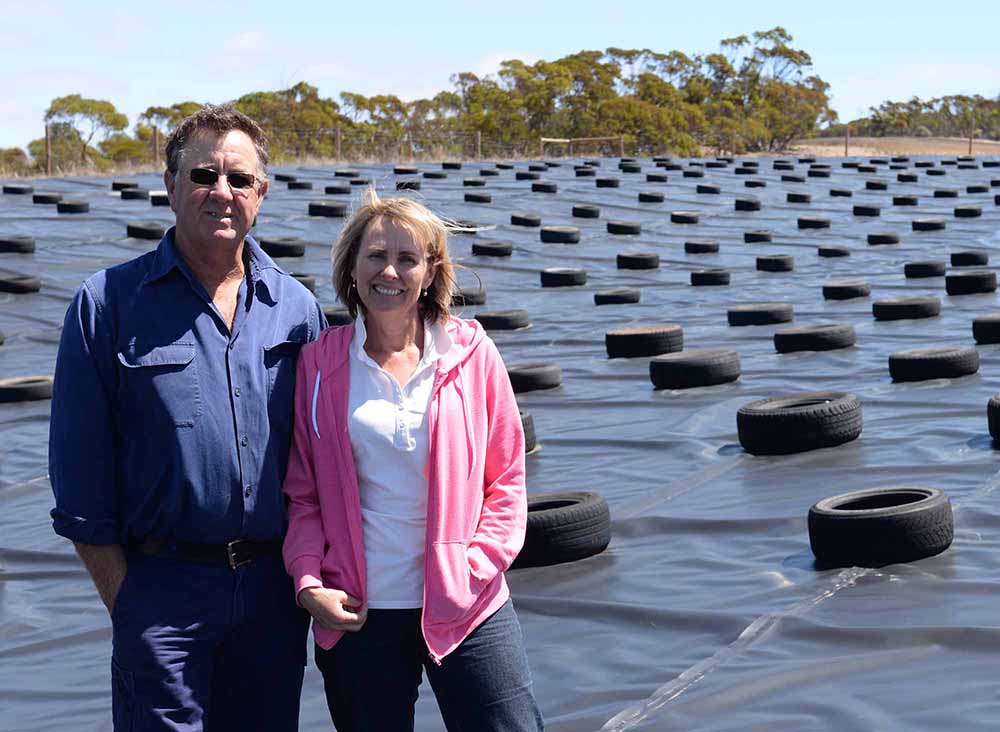 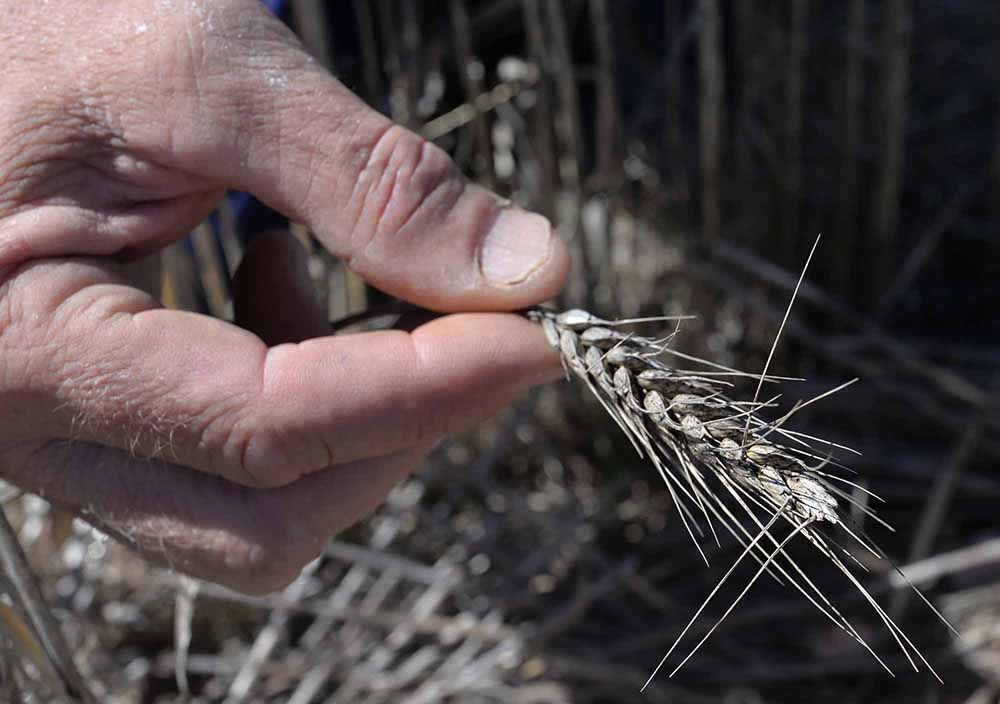 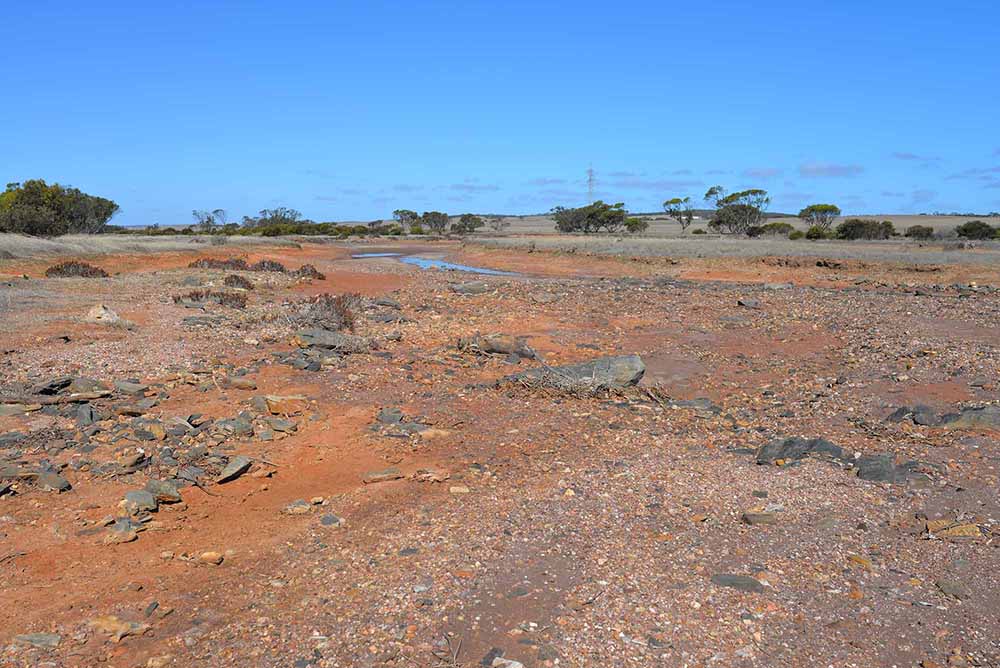 A degraded stream bank on a newly bought patch of land 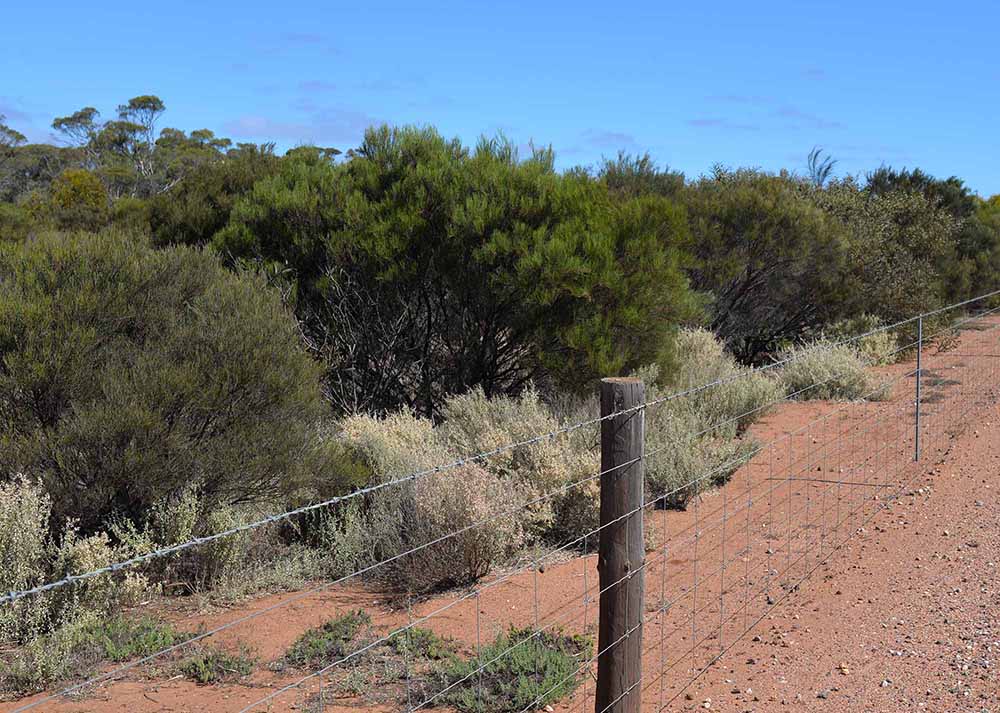 Native vegetation making a comeback on the Hannemann’s property 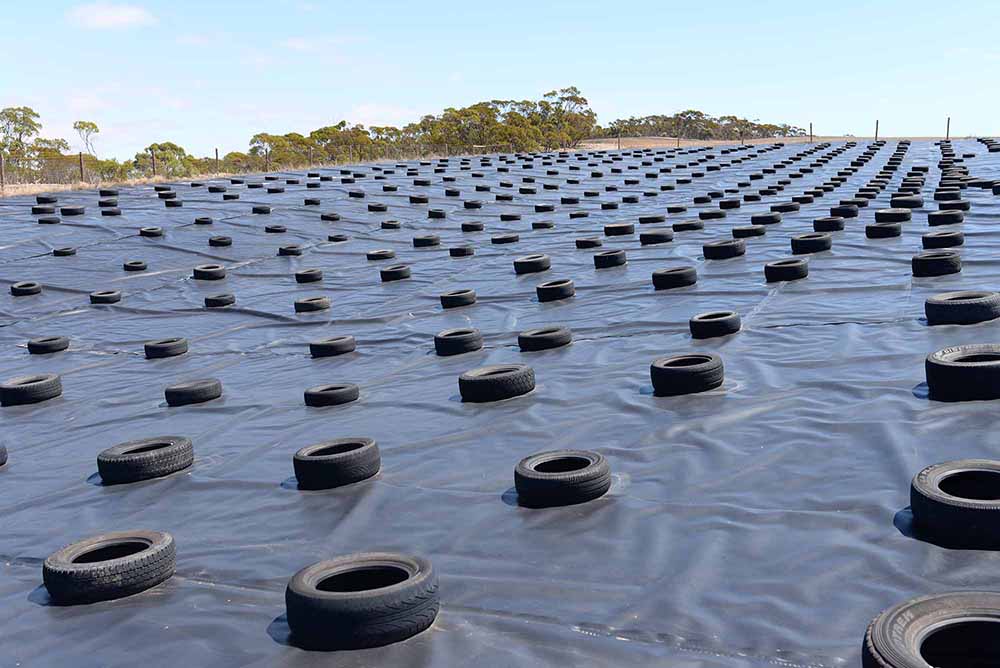 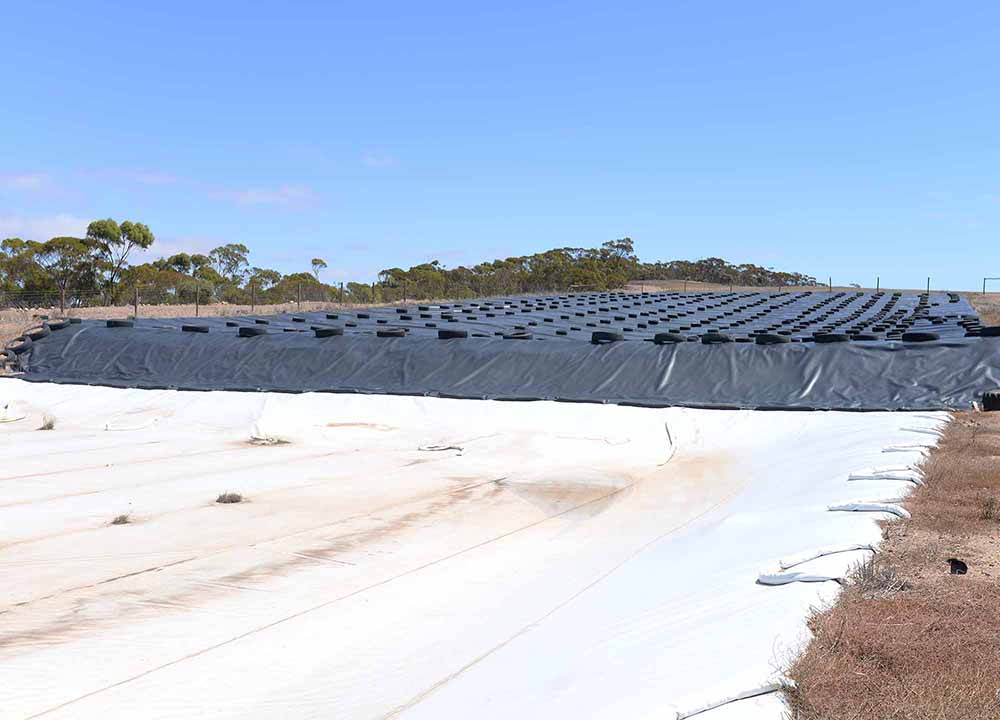 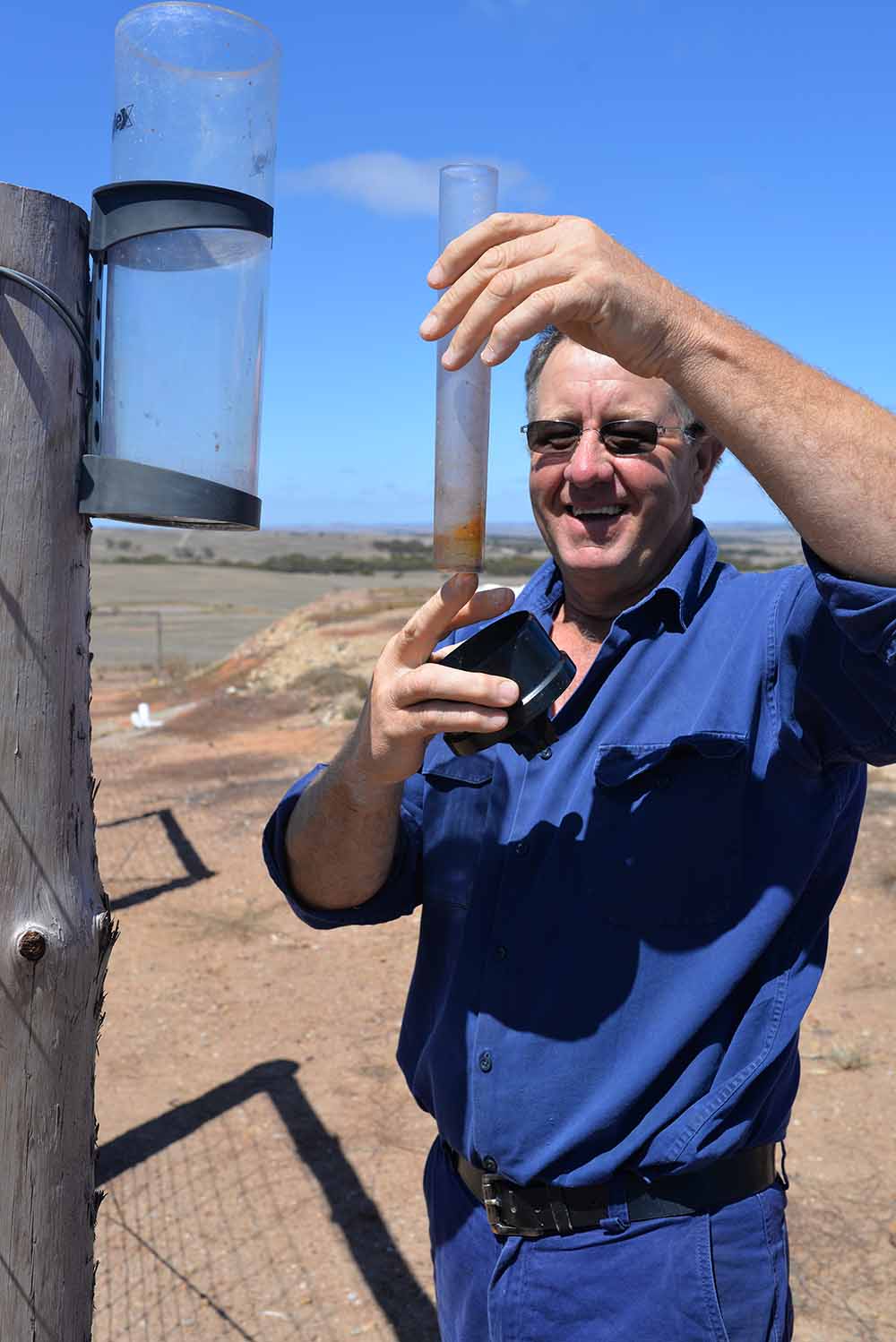 Mark Hannemann checking the rain gauge at the water-harvesting dam 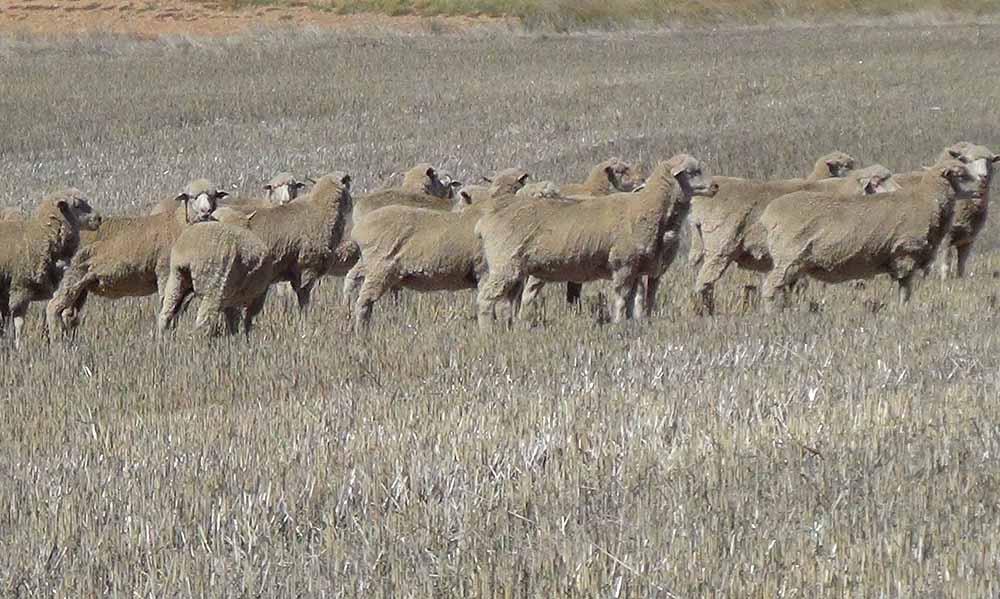