THE CLIMATE KELPIE BLOG: What’s predicted in May

The BoM climate model points towards the possible formation of an El Niño over the coming months. El Niño typically results in below average winter-spring rainfall across the Eastern States.

Forecasts also suggest that the Indian Ocean Dipole is likely to remain neutral through Autumn, indicating that it will have little influence on climate conditions.

March saw areas of Queensland, Eastern New South Wales and some locations across Western Australia receive ‘Average’ to ‘Above Average’ rainfall for the month. While this was an improvement on the very dry conditions experienced in February there are still areas, across the centre of Australia, the larger part of Victoria and much of South Australia that continue to experience ‘Below Average’, ‘Very Much Below Average’ and ‘Lowest on Record Conditions’. 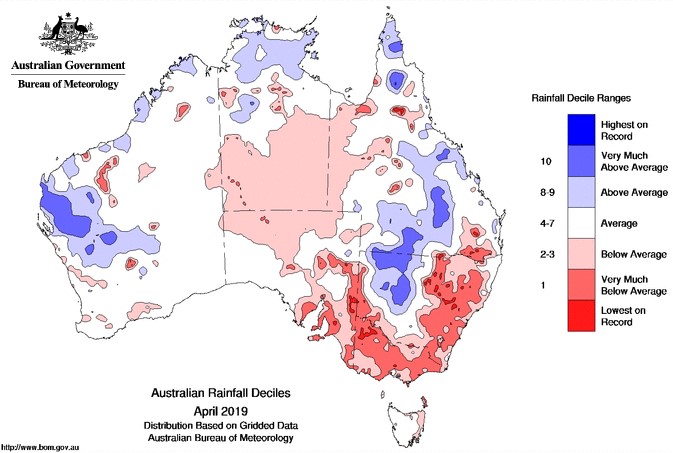 Significant rainfalls in March, across these the Eastern seaboard and the centre of Queensland, increased the overall three-month decile for these areas, demonstrating the challenge that forecasters face at this time of year and highlighting the care that needs to be taken when making decisions based on seasonal averages. 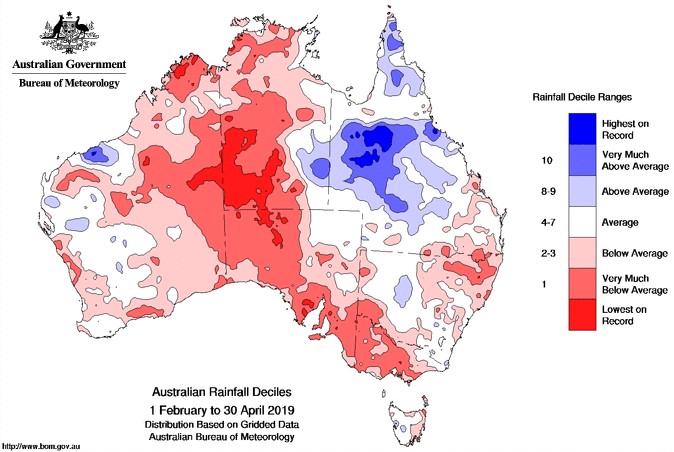 The BoM’s ACCESS model provides contrasting outlooks for May and June, with an indication towards a dry May for much of eastern Australia, while the June outlook is closer to average conditions. It should be noted that many climate models at this time traditionally have lower skill as the climate drivers reset for the coming season. The ACCESS model has generally moderate skill over Australia for this time.

Figure 3. Australian outlook for May to July 2019. 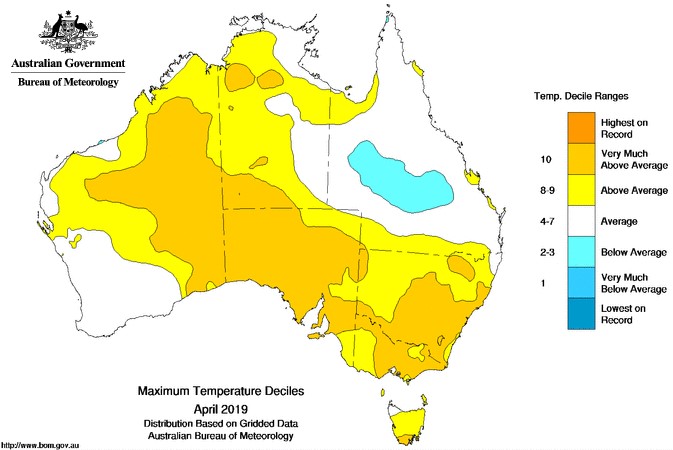 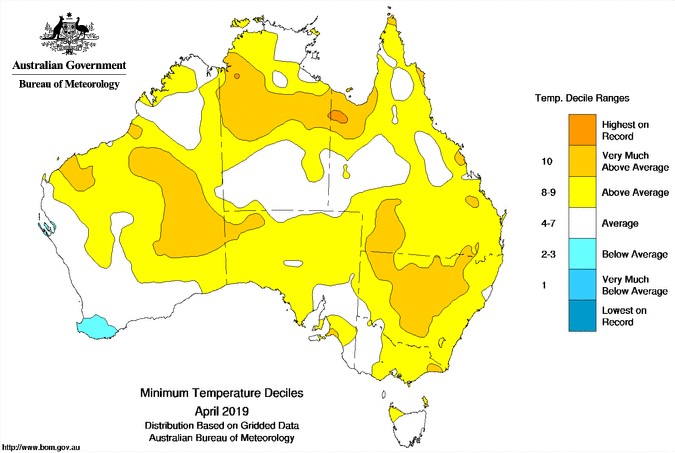 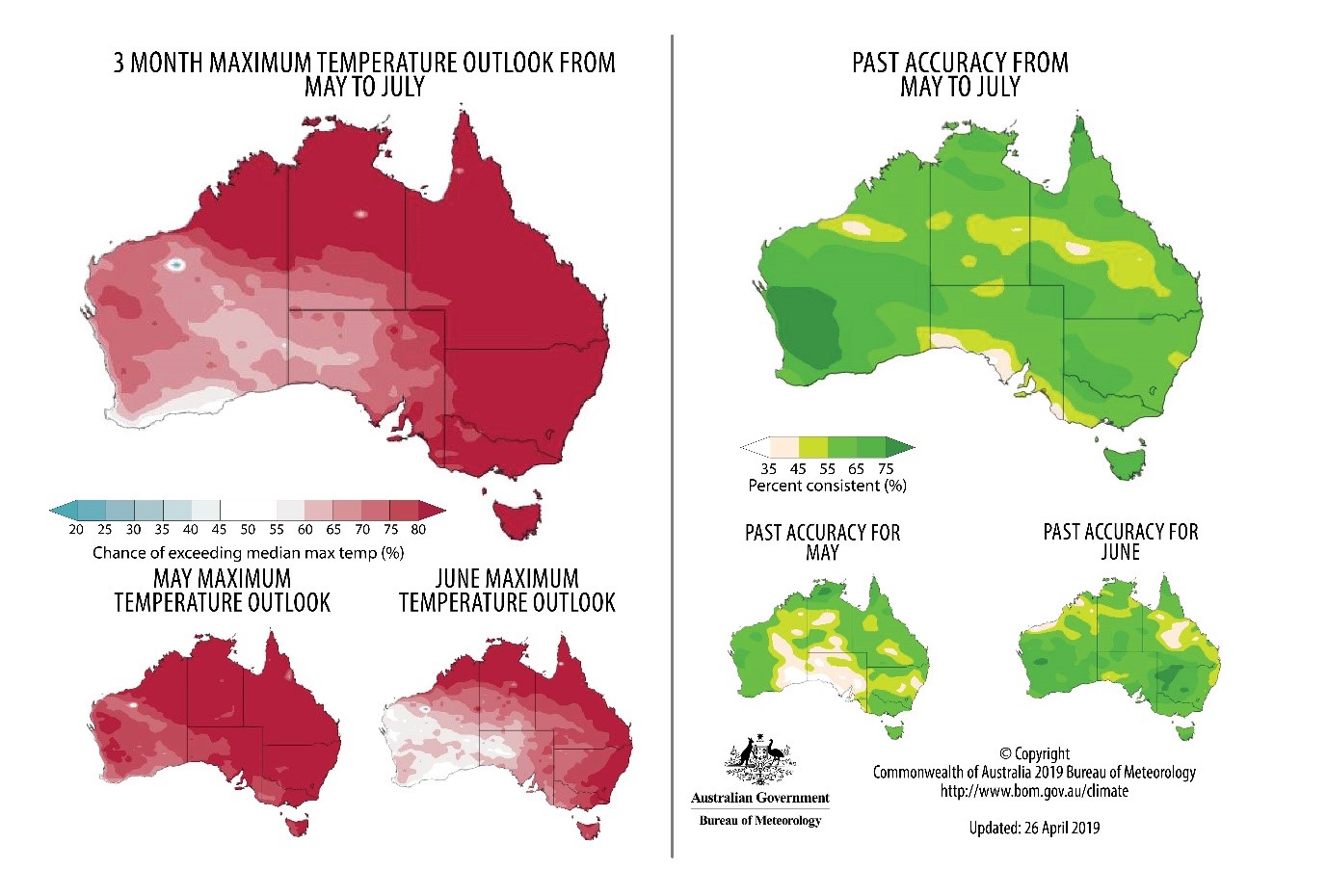 Minimum temperatures are forecast to be ‘Average’ to ‘Above Average’ over the next three months. The ACCESS model level of skill at this time of year is low for the majority of southern Australia. 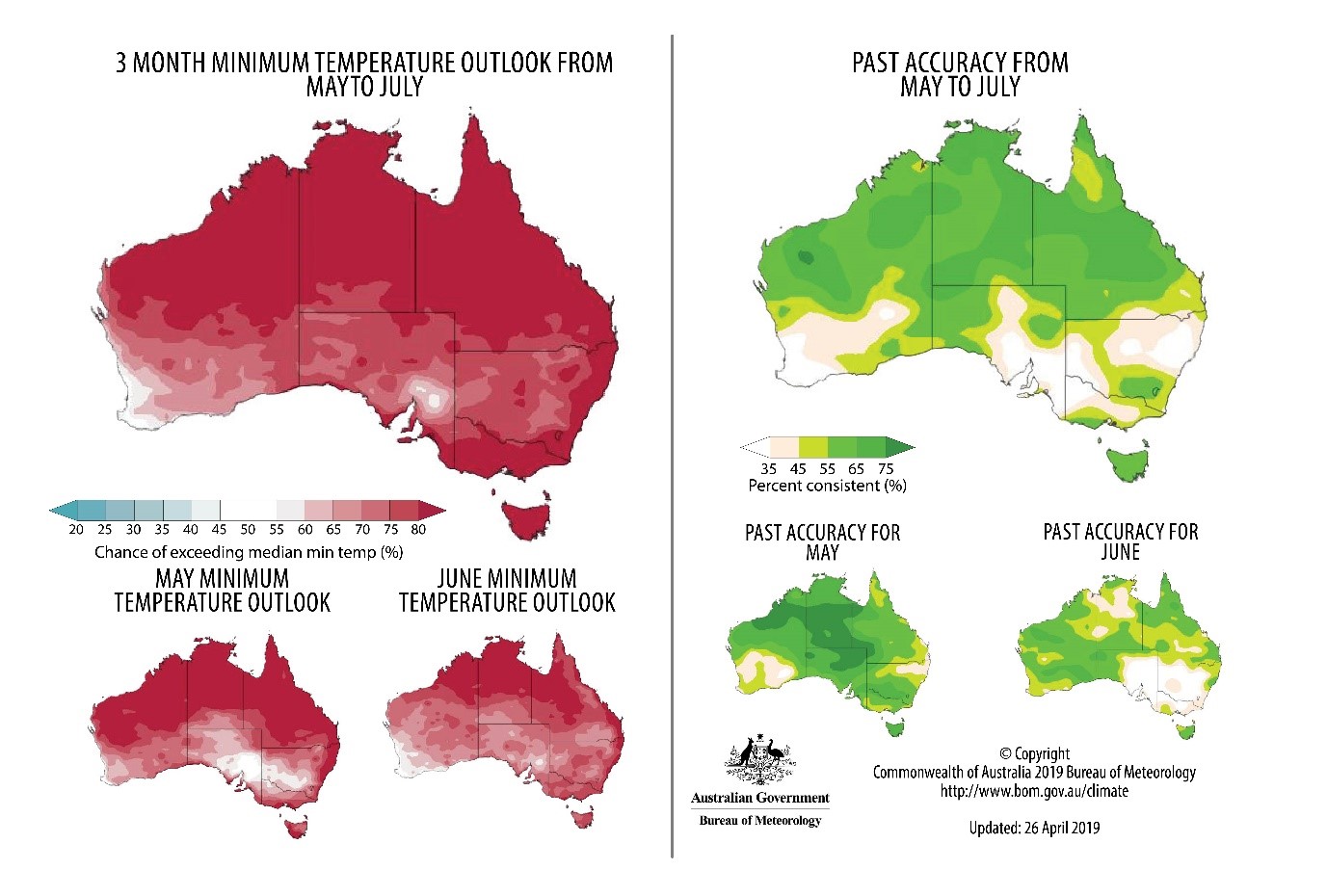