The BoM kept its ENSO Outlook status on El Niño WATCH which means there is still a 50 per cent chance of an El Niño forming.

The Indian Ocean Dipole if forecasted to remain neutral through Autumn.

Historically, now is the traditional time for climate drivers like the El Niño Southern Oscillation and the Indian Ocean Dipole to reset for the coming season, therefore skill of the model at this time of the year is lower.

February was very dry for much of the country with large areas highlighted in red in Figure 1. showing below average to lowest-on-record rainfall for the month. Some areas in Queensland did however receive highest-on-record totals for the month.

Figure 3. Australian outlook for March to May 2019.

For the majority of Australia, maximum temperatures have been average to highest-on-record, except for areas in central Queensland and areas along the coast of Western Australia.

The BoM’s ACCESS model forecasts suggest the whole country will experience above average maximum temperatures over the next three months.

Minimum temperatures are also forecast to be average to above average over the next three months. 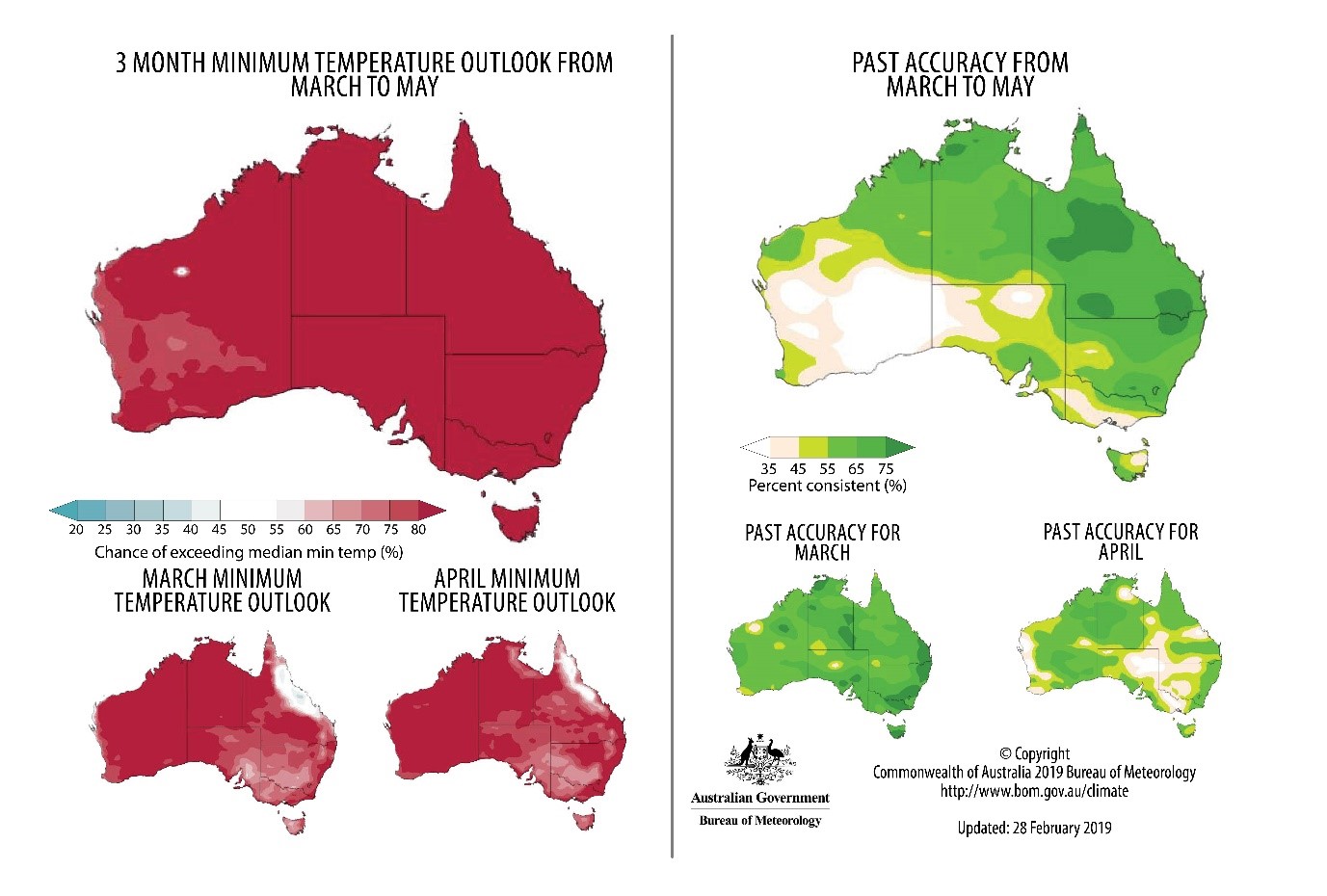